What I've Been Reading: A Review & Update

Back in January not only did I decide to jump on the one word bandwagon, I also joined in with many others who set a book-reading goal for the year. My personal goal was to read 52 books in 2013, just 1 book per week. As you can see from the list below, I'm a bit shy for being more than halfway through the year. But that's OK. My goal is still the same, and I've got 21 1/2 weeks yet to go. :)

Eyes Wide Open by Ted Dekker
The Old Man and the Sea by Ernest Hemingway
Beyond Ordinary by Justin & Trisha Davis
Empty Promises by Pete Wilson
SELAH by Joseph Iregbu
Gone Girl by Gillian Flynn
Illusion by Frank Peretti
Neuromancer by William Gibson
Iscariot by Tosca Lee
God's Whisper Manifesto by Andi Cumbo
The Chance by Karen Kingsbury
Death of a Salesman by Arthur Miller
Sovereign by Ted Dekker & Tosca Lee
The Harbinger by Jonathon Cahn
Inferno by Dan Brown (not finished yet)
World War Z by Max Brooks (not finished yet)
House of Leaves by Mark Z. Danielewski (not finished yet)
Frame 232 by Wil Mar (not finished yet)

Most of these books have been enjoyable to read, though a few of them have given me grief. Illusion took such a long time to read simply because I couldn't get into the book. Old-school Peretti was fast-paced and well-written. That was not the case with Illusion. The story line was interesting but a bit far-fetched and the plot just dragged on and on and on.

Neuromancer was another difficult book to read. If you're a sci-fi fan, especially of the Matrix variety, you will probably love this book. I, on the other hand, did not. My personal opinion was that it would have made a better movie. Which is probably why I like and enjoy the Matrix series.

Frame 232, while I have not yet finished it, has really captured my attention. If anything, it has triggered my curiosity with the whole JFK assassination and conspiracy theories that go along with it. If you've not heard of it, Frame 232 by Wil Mara is a fictional account of the daughter - Sheila Baker - of the famed "Babushka Lady" who discovers the film her mother shot during the JFK assassination that uncovers a long kept secret of that fateful day. Upon discovery of the film, Sheila contacts millionaire sleuth Jason Hammond for help. Together, they seek to uncover the truth behind one of the most tragic events the US has ever witnessed.

Though I'm not quite done reading Frame 232, I can tell you that it has been hard for me to put down. I picked it up a couple of days ago and read long into the night, reading more than half. If it hadn't been for work and other obligations, I'd be finished by now.

Frame 232 is intriguing because the author takes a real-life tragic situation with real people and says what if? What if the "Babushka Lady" truly did take a video of the assassination that day but hid it in fear for herself and her family's life? What if one day the video was discovered and the people who had a hand in the assassination were still alive?

Not only does the author ask these questions, he answers them in a fairly good storytelling way. The story is fast-paced, with a lot of action and history weaved together. The characters are well-developed, and you grow to like them along the way, cheering them on to the end.

If anything, it's an easy read that gives a bit of a history lesson. I give it a thumbs up. :)

Author Wil Mara was asked a few questions about Frame 232:

1. What inspired you to write a novel around the assassination of President John F.
Kennedy?

I have always been fascinated by the assassination, which, obviously, was one of the most pivotal and enigmatic events in American history. And when I heard about the ‘Babushka Lady’---one of the few people in Dealey Plaza that day who remains unidentified---and the possibility that she may have filmed the shooting, an idea came to mind that seemed too good to disregard.

2. How much research did you do for this project?

An unbelievable amount. I spoke with assassination experts, read literally hundreds and books and articles, pored over countless photos...you name it. My goal was to write a fictional story around the established facts rather than alter the facts to serve the story. Thus, I had to know pretty much everything. I ended up loading my brain with more data than I really needed...but I didn’t mind.


3. How has your research informed your own theory of what happened during the JFK
assassination?

My personal theory, prosaic though it may be, is that Lee Harvey Oswald acted alone. If you want to be convinced, get your hands on a fairly rare book called Lee, which was written by his brother, Robert. Once you understand the mind behind the eyes that looked through that rifle scope, you will be convinced.

I was given an advanced copy of Frame 232 by Tyndale House Publishers in exchange for my honest review.

Posted by Denise Dilley at 9:43 PM No comments:

Hello! My name is Denise. I'm a wife, daughter, sister & friend. I'm a Jesus follower. My passion is to show the world the same Crazy Love He has shown me. 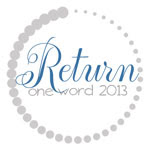 I Blog for Books